Who is an Heir

The following will try to explain the above statutory language by way of an example. Assume that the decedent dies leaving no surviving spouse. Decedent does leave two surviving sons, A and B; a deceased son, C, who left no descendants; a deceased daughter, D, who left one child surviving her, V; and a deceased son, E, who left four children surviving him, W, X, Y and Z. We look to the generation nearest to the decedent with surviving descendants. That generation contains two surviving children, A and B, and three deceased children, C, D, and E. C is disregarded since he left no descendants. Therefore, the estate is divided into 4 shares. A and B each get one share with each share constituting 1/4 of the estate. The rest of the estate ( 1/2) is combined and divided equally among the five grandchildren. V, W, X, Y, and Z each would receive one share with each share constituting 1/10 of the estate.

The parent of your second cousin is your first cousin once removed in the ascendancy and may not inherit because he or she is the descendant of great grandparents rather than grandparents. This person is not a second cousin even though the child of a great aunt or uncle because you must remember that cousins must be of the same generation. We could continue to discuss this complicated subject almost indefinitely, but since we are only concerned with who is an heir and not who will be the next English king, we will end it at this point.

Pursuant to MCL 700.2104, an individual who fails to survive the decedent by 120 hours is considered to have predeceased the decedent for purposes of homestead allowance, exempt property and intestate succession, and the decedent's heirs are determined accordingly. If it is not established by clear and convincing evidence that an individual who would otherwise be an heir survived the decedent by 120 hours, it is considered that the individual failed to survive for the required period. This section does not apply if its application would result in a taking of the intestate estate by the state under section 2105.

Kindred of the Half-Blood

Pursuant to MCL 700.2107, a relative of the half-blood inherits the same share he or she would inherit if he or she were of the whole-blood.

Pursuant to MCL 700.2108, an individual in gestation at a particular time is treated as living at that time if the individual lives 120 hours or more after birth.

Pursuant to MCL 700.2111, an individual is not disqualified to take as an heir because the individual or an individual through whom he or she claims is or has been an alien.

Pursuant to MCL 700.2113, an individual who is related to the decedent through 2 lines of relationship is entitled to only a single share based on the relationship that would entitle the individual to the larger share.

Pursuant to MCL 700.2114(1), an individual is the child of his or her natural parents, regardless of their martial status. The parent and child relationship may be established in any of the following manners:

Pursuant to MCL 700.2114(2), an adopted individual is the child of his or her adoptive parent or parents and not of his or her natural parents. This general statement is further clarified as follows:

Pursuant to MCL 700.2114(4), inheritance from or through a child by either natural parent or his or her kindred is precluded unless that natural parent has openly treated the child as his or hers, and has not refused to support the child. 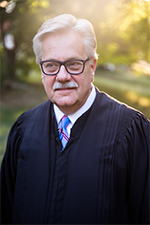