Through responsible budgeting and thoughtful planning, Kent County government is committed to providing resources and services that promote a high quality of life for the entire community.

Kent County, Michigan is composed of twenty-one townships, five villages and nine cities. The 2010 census population of the County resides as follows: townships (223,746); cities (371,492); and villages (7,384). The County seat is located in the City of Grand Rapids, which is the second largest city in the State. The County was organized as a County by the territorial legislature on March 24, 1836. 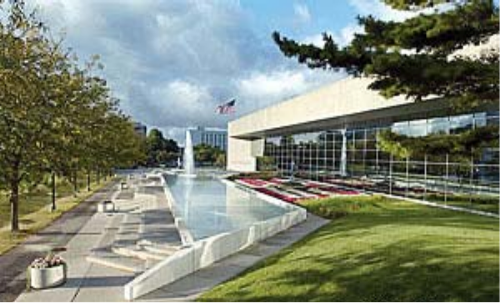 The County is governed by a Board of Commissioners (Board) whose numbers ranged from three in 1836 up to 77 as recently as 1968. As a result of a United States Supreme Court decision in 1969, the number of commissioners was reduced to 21. The Board took action in 1992 to reduce further the number of members to 19 effective January 1993. The Board is responsible for establishing policies, adopting the budget, appointing committee memberships, and hiring the County Administrator/Controller. The Administrator/Controller is responsible for carrying out the policies set forth by the Board and overseeing the day-to-day operations of the County. The Board is elected on a partisan basis every two years from districts of approximately equal size. The other five elected officers of the County, which include the Sheriff, Clerk/Register of Deeds, Prosecuting Attorney, Drain Commissioner and Treasurer, are elected on a partisan basis serving four-year terms. 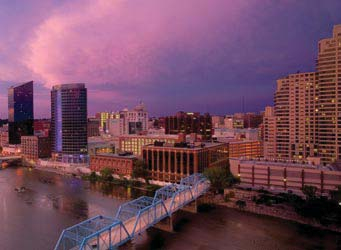 The County provides a wide and varied range of services in the following areas: law enforcement, correctional facility, three court systems, airport, fire, social services, both State and County funded public health, park system and zoo. The Department of Public Works manages a waste-to-energy incinerator and landfill, maintains some local unit water and sanitary sewer systems, and provides for the construction of these local systems. The Kent County CMH Authority (operating as "Network 180") is a component unit that provides mental health services. The Kent County Drain Commission, another component unit, is responsible for the construction and maintenance of County drains and the control of lake levels. In addition, the Road Commission is a component unit providing maintenance to County roads.

Annually, the Board is required to adopt a final budget by December 31 for the subsequent fiscal year. This budget serves as the foundation for the County's financial planning and control. The budget is prepared by fund, function (e.g. public safety) and department (e.g. Sheriff). Department heads may transfer resources within the activities they manage. Transfers between departmental budgets and above administrative amounts set by the Board need special approval from the governing body.

The Grand Rapids-Wyoming Metropolitan Statistical Area (MSA), of which the County is the hub, has been one of the fastest growing regions of the United States. Numerous expansions, renovations, constructions, modernizations and developments have been completed, are in the process of being completed or are in the planning stages. Among the factors which have encouraged major projects and have attracted numerous firms from outside the area are: a strong but highly diversified base of industries, an excellent work force, educational opportunities, excellent employer/employee relations, good location and transportation facilities, utilities and possibly the most important, quality of life.

In 2000, the City of Grand Rapids and the County jointly created the Grand Rapids -- Kent County Convention/Arena Authority. The function of this independent authority is to own and operate the DeVos Place Convention Center and the Van Andel Arena. The Van Andel Arena was completed in 1996, has a seating capacity of 12,000 and it is used for professional hockey games, concerts, family shows and other entertainment events. The DeVos Place Convention Center renovation and expansion was completed in 2005. This facility encompasses one million square feet of total gross floor area including a 40,000 square foot ballroom. The project was completed at a total cost of $212 million. The completion of this project has enabled several large conventions to take place, with a significant number of bookings made for local, state, regional and national conferences that extend beyond 2012.

The Grand Valley Metropolitan Council ("Metro Council") was formed in 1990 and has a membership of 35 local governments including the County. Created by State enabling legislation, the Metro Council is coordinating the efforts of its members to provide services while eliminating duplication. It is also engaged in issues that have no boundaries such as clean air, water and sewers and transportation. The Metro Council also is working with its area legislators to develop a regional presence at the State capital. Its legislative committee has broad community participation, which includes the Chamber of Commerce, Kent Intermediate School District and environmental interests. The Metro Council's Water and Sewer Committee has members from Ottawa and Kent Counties, the private and environmental sectors and water and sewer providers. The Metro Council routinely works with a range of partners to accomplish its mission. Key partnerships are with Grand Valley State University's Office for Economic Expansion and Water Resources Institute, the Michigan Municipal League, and the Michigan Departments of Transportation, Environmental Quality and Commerce.

The residents of the County are served by a number of hospitals. The public and non-profit hospitals in the County have approximately 2,732 licensed beds. In 2000, the Van Andel Institute (VAI) opened, with the stated mission ". . . to become one of the world's preeminent private medical research institutions within the next decade" which has become a reality. The Van Andel Institute has three component parts: the Van Andel Research Institute (VARI), the Van Andel Education Institute (VAEI) and the Van Andel Institute (VAI). The VARI is an independent medical research organization dedicated to preserving, enhancing and expanding the frontiers of medical science. The VAEI is an independent education institute whose mission is to conduct the Van Andel Educational Technology School, and to achieve excellence by embracing and strengthening the fundamental issues of education. The VAI supports the other two organizations. In July 1999, legislation was adopted in support of investing $50 million a year over the next 20 years to fund a Life Sciences Corridor-a joint venture between the State, several Michigan universities, and the VARI.

The research being conducted at the VARI is expected to serve as a growth pole, anchoring and propelling growth of a newly developing bioscience industry cluster. It is anticipated that this will draw outside business and related sectors into the region to take advantage of economic opportunities created by the Institute. VARI has constructed a 240,000 square foot, eight story building expansion that opened in December 2009. This expansion nearly triples the Institute's laboratory space, allowing for growth of current laboratories and expanded research into neurological diseases. Michigan State University Medical School began construction of a new $90 million, 180,000 square foot medical school in the spring of 2008. The MSU college of Human Medicine began to transition its programming to temporary local facilities in the fall of 2009. The new medical facility was opened in 2010 and is expected to reach a capacity of 400 students in 2013. In 2012, MSU also purchased the former Grand Rapids Press headquarters along with five parking properties for use as research space and additional parking. The facility is in close proximity to the newly constructed medical facility.

Major industries that are located within the boundaries of Kent County, or in close proximity, include manufacturers of office equipment and furniture, heating controls, automotive parts, financial institutions, health care, retail food/merchandise and insurance companies. This diversified employment base adds to the strength of the local economy. During the past ten years, the unemployment rate has fluctuated from a decade low of 4.8 percent (October 2005) to a decade high of 11.8 percent (July 2009). Unemployment declined in 2010, 2011, & 2012 and is expected to continue to decline over the remainder of 2013.